Introduction
The Omrania | CSBE Student Award for Excellence in Architectural Design aims at recognizing quality in the teaching of architecture in the Arab world, and encouraging students in Arab architectural schools to excel in their design performance. Following the success of the second cycle of the Award, which saw its expansion to include all Arab countries, Omrania and Associates (O&A) and the Center for the Study of the Built Environment (CSBE) are happy to announce the Award’s third cycle.

Eligibility
Students who have completed their Bachelor's degree in architecture or architectural engineering during the 2009 – 2010 academic year from universities in countries belonging to the Arab League are eligible to submit their architectural graduation projects for the Award.
This year, the Award’s total prize money will amount to USD 10,000. It will be at the discretion of the jury to decide on the number of winners and on the distribution of the prize money among them. For the 2009 Award cycle, the jury selected first, second, and third prize winners, as well as two honorable mentions.

No additional sheets will be accepted.
All submissions must be anonymous. Drawing sheet shall not display the name of the entrant, the entrant’s university, or any other identifying marks.
Since the entrants will not be present for the jury, it is permitted – though not required – to add some narrative onto the boards to explain significant aspects of the design.

All participants shall provide a formal document that certifies their completion of a Bachelor’s degree in architecture or architectural engineering during the 2009 – 2010 Academic year. The certificate should be submitted along with the drawing sheet and the submission form. The certificate may be any university-issued formal document that verifies the participant’s graduation. It must be sent in PDF format.

- All submissions must be sent via email to the email address 2010awardsubmissions@csbe.org between August 1 and 21, 2010.
- CSBE will send you a confirmation email upon successful receipt of your submission material.
- The names of the participants, as well as any other identifying details, will remain hidden from the jury members until after the jury has made its final decision.
- All the submission items mentioned above may be provided in either Arabic or English.

Disqualification
CSBE fully reserves the right to disqualify participants for any reason it sees fit. For example, if: i) entrants do not meet the eligibility criteria for participation in the competition; ii) entrants communicate with the competition organizers or jurors concerning the judgment of competition entries; iii) entries do not satisfy any of the above-mentioned requirements for submission.

Evaluation
An independent jury will review the entries and select the winners. The biographies of the jury members are provided below.
The jury will evaluate the submissions on their stand-alone merit. Clarity of presentation, purpose, creativity, design competence, etc. will be taken into account. While the different universities may have different criteria for their projects, the jury will evaluate each submission on its own merit, without reference to external criteria.
The jury’s decision will be final, and the jury has the right to decide on the number of winners and on the distribution of the prize money among them.

For additional inquiries, please call CSBE at (962) (6) 461-5297 or send an email to award@csbe.org. Any changes that may be made regarding the Award will be posted on the Award section of the CSBE web site and on the Award’s Facebook page. If you wish to be informed of any possible updates on the Award, please provide us with your email address. 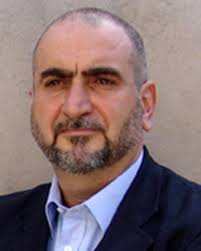 Omar Hallaj, architect and development consultant; CEO, Syria Trust for Development, Damascus, Syria
Omar Hallaj is an architect and a development consultant, and the CEO of the Syria Trust for Development. He holds his bachelor’s and master’s degrees in architecture from the University of Texas. He has researched and lectured on a variety of issues related to the history, economics, and politics of architecture in the Muslim world. His professional work has closely concentrated on linking social and economic development concerns to the production of architecture and the preservation of urban heritage. His experience includes serving on public commissions related to urban development and conservation issues, developing administrative and legal frameworks for heritage conservation, and involving private and non-governmental efforts in urban management. He served as the Team Leader for the German Technical Cooperation Project for the Development of Historic Cities in Yemen. He was also a partner is Suradec, a consortium for urban and urban heritage planning in Aleppo, Syria. In addition, he was a recipient of the 2007 cycle of the Aga Khan Award for Architecture as Team Leader for the Yemeni-German Shibam Urban Development Project.

The participation of Omar Hallaj is made possible through the kind support of the Aga Khan Award for Architecture. 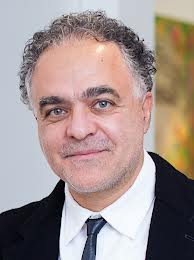 Nadim Karam, principal architect, Hapsitus Architects, Beirut, Lebanon
Nadim Karam is the principal architect of Hapsitus Architects. He holds a bachelor’s degree in architecture from the American University of Beirut, and a master’s degree and a PhD in architecture from the University of Tokyo. He taught at the Shibaura Institute of Technology in Tokyo in 1992, and at the American University of Beirut from 1993 to 1995, and from 2003 to 2004. He was Dean of the Faculty of Architecture, Art, and Design at Notre Dame University in Lebanon from 2000 - 2003, when he also curated Lebanon’s participation in the first Rotterdam Biennale of architecture.
With Hapsitus, the pluri-disciplinary company he founded in Beirut, Nadim Karam has realized large-scale, temporary and permanent urban art projects in different cities, including Beirut, Kwangju, Prague, London, Tokyo, Nara, and Melbourne. Karam’s 1997 - 2000 urban art project for central Beirut was one of five worldwide projects selected by the Van Alen Institute in New York in 2002 to highlight the role they played in rejuvenating city life and morale after a disaster. He also received three Australian awards for his 2006 Victoria State commission ‘The Travellers’, a permanent art installation of ten three-storey high moving sculptures. His current projects include the Cloud of Dubai, conceived as a visual and social antithesis to the plethora of skyscrapers in Gulf cities, and urban art projects in Seoul and Amman.
Nadim Karam is also an artist whose paintings and sculptures are regularly exhibited. His installation ‘The Fisherman & the Cloud’ is currently exhibited at the Washington University Museum. Three books on his works have been published by Booth-Clibborn Editions, London: VOYAGE (2000), Urban Toys (2006), and The Cloud, the Desert and the Arabian Breeze (2007).

Suha Özkan, Architect; Professor, Middle East Technical University, Ankara, Turkey
Suha Özkan is a professor of architecture at Middle East Technical University (METU), Turkey, and the Founding Chairman of World Architecture Community (WAC), a Geneva and Istanbul-based international consultancy company, and an internet-based interactive world-wide architecture and planning community. He studied architecture at the Middle East Technical University in Ankara, and theory of design at the Architectural Association in London. In addition to teaching at METU, he served as associate dean of its Faculty of Architecture in 1978, and was appointed vice-president of the university from 1979 to 1982. In 1983, he was appointed Deputy Secretary General of the Aga Khan Award for Architecture in Geneva, and he served as the Award’s Secretary General from 1990 to 2006.
He was the initiator and leader of the XXI Architectural Culture Centre in Ankara and its journal XXI. He also served as a member of the jury for the architectural competition for the Martin Luther King, Jr., National Memorial in Washington, D.C. In addition, he chaired the selection process of the Rolex Master Protégé Programme in Geneva, and was a member of the European Union Prize for Architecture, Barcelona.
He was the President of International Union of Architects’ (UIA) XXII Congress, which was held in Istanbul in 2005. He also chaired the UIA’s Scientific Committee between 2002 and 2005, and was a member of its Competitions Committee between 2002 and 2007.
In 2004, American Institute of Architects awarded him the Medal of Honorary Fellow (Hon. F.A.I.A), and the Russian Union of Architects awarded him their Gold Medal.
Özkan has authored more than 200 articles and monographs in English and Turkish. A number of his writings have been translated into French, Spanish, Russian, and Arabic.