Introduction
Omrania and Associates (O&A) and the Center for the Study of the Built Environment (CSBE) are happy to announce the fourth cycle of The Omrania l CSBE Student Award for Excellence in Architectural Design.The Award is intended to honor distinguished architectural graduation projects by students from universities throughout the Arab World.

Eligibility
Students who have completed their Bachelor's degree in architecture or architectural engineering during the 2010–2011 academic year from universities in countries belonging to the Arab League are eligible to submit their architectural graduation projects for the Award.
This year, the Award’s total prize money amounts to USD 10,000. It will be at the discretion of the Award jury to decide on the number of winners and on the distribution of the prize money among them. For the 2010 Award cycle, the jury awarded five equal prizes.

Since the participants will not be able to present their work in person to the jury members, it is permitted – though not required – to add some narrative onto the sheet to explain significant aspects of the design.

- Submission form
All participants shall complete and sign a Submission Form, and shall submit it along with the drawing sheet. The Submission Form may be downloaded from http://www.csbe.org/awards/omrania-csbe_2011award_submission_form.doc.
The information you provide in the Submission Form must be typed in. Hand-written forms will not be accepted. Submit the completed, signed, and dated Form in PDF format.

Formal certificate
All participants shall provide a copy of a formal document that certifies their completion of a Bachelor’s degree in architecture or architectural engineering during the 2010–2011 academic year. The certificate must be submitted along with the Abstract, two copies of the drawing sheet, and the Submission Form. The certificate may be any university-issued formal document that verifies the participant’s graduation. It must be sent in PDF format.

- All submissions must be sent via email to the email address 2011awardsubmissions@csbe.org between July 1 and August 21, 2011.
- CSBE will send you a confirmation email upon the successful receipt of your submission material.
- The names of the participants, as well as any other identifying details, will remain hidden from the jury members until after the jury has made its final decision.
- All the submission items mentioned above may be provided in either Arabic or English.

Disqualification
CSBE fully reserves the right to disqualify participants for any reason it sees fit. For example, if: i) participants do not meet the eligibility criteria for participation in the competition; ii) participants communicate with the competition organizers or jurors in an attempt to influence the judgment of competition entries; iii) entries do not satisfy any of the above-mentioned requirements for submission.

Evaluation
An independent three-member jury will review the entries and select the winners. The jury will evaluate the submissions on their stand-alone merit. In doing so, clarity of presentation, purpose, creativity, design competence, etc. will be taken into account. While the different universities may have different criteria for their projects, the jury will evaluate each submission on its own merit, without reference to external criteria.
The jury’s decision will be final, and the jury has the right to decide on the number of winners and on the distribution of the prize money among them.

Inquiries and Updates
For additional inquiries, please call CSBE at (962) (6) 461-5297 or send an email to award@csbe.org Any changes that may be made regarding the Award will be posted on the Award section of this web site and on the Award’s Facebook page. If you wish to be informed of any possible updates on the Award, please provide us with your email address. 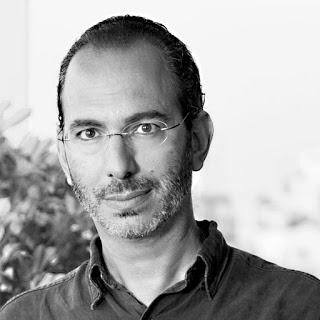 Hanif Kara is a practicing Structural Engineer, the Pierce Anderson Lecturer in Creative Engineering at the Harvard School of Design, and Visiting Professor for Architectural Technology at KTH Royal Institute of Technology in Stockholm, Sweden since 2008.
His constructed work is recognized as being linked with the research and education areas of design. He has been teaching at various architectural schools in Britain, Europe, and the United States since 1996. He co-tutored a Diploma Unit at the Architectural Association in London from 2000 to 2004, acted as a consultant for the Design Research Lab (DRL) for a number of years, and was an external examiner from 2005 to 2008.
As Design Director and co-founder of AKT II (established in 1996), his particular ‘design-led’ approach and interest in innovative form, material uses, prefabrication, sustainable construction, and complex analysis methods have allowed him to work on award-winning pioneering projects.
His career extends beyond the structural engineering disciplines and led to his appointment as a commissioner for CABE (Commission for Architecture and the Built Environment). He is the first engineer to hold this post for the government watchdog that monitors the quality of design throughout the United Kingdom. In 2007, he was appointed as one of 15 members of the Design for London Advisory Group to the Mayor of London.
He was selected for the Master Jury of the 2004 cycle of the Aga Khan Award for Architecture and served as a project reviewer for the Award in 2007 and 2010. He was awarded an Honorary Fellowship of the Royal Institute of British Architects in 2007. In addition, Hanif will be the first Engineer to serve as a judge for the annual coveted RIBA Stirling Prize (2011). He is also on the board of trustees of the Architecture Foundation. 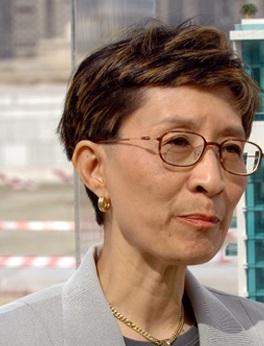 Hazel Wong is the Executive Director and Design Principal of WSW Architects, her architectural and engineering practice in Dubai. A long standing member of the Ontario Association of Architects and the Royal Architectural Institute of Canada, she received her Bachelor of Architecture from Carleton University in Ottawa, and her Master of Architecture in Advanced Studies from the Massachusetts Institute of Technology.
Her numerous designs include the Abu Dhabi International Exhibition Center, the UAE Civil Aviation Headquarters, and, most notably, the Emirates Towers in Dubai, the twin iconic high-rise structures housing office, hotel and retail space. At the time of their completion in 2000, the Emirates Towers ranked amongst the ten tallest buildings in the world. For many years, she was the Design Director of NORR Group in the United Arab Emirates, and, more recently, the Regional Director of RMJM for the Middle East, where she was responsible for the creation of a number of large-scale mixed-use projects including the Dubai Towers in Doha and the Dubai Towers and Lamar Towers in Jeddah.