Omrania and Associates (O&A) and the Center for the Study of the Built Environment (CSBE) have created an award for the best Jordanian Architecture Graduation Project in 2008. The award will consist of:

The purpose of the award is to recognize quality in the teaching of architecture in Jordan, and to encourage students in Jordanian schools of architecture to excel in their design performance.

Eligibility for the award is restricted to final year students for a bachelor's degree in architecture or architectural engineering at a Jordanian university who have successfully completed and defended their fifth-year architectural design graduation project.
No university approval is required to submit for this award. Group projects are eligible provided all group members sign the Submission Form.

Submissions must consist only of 2 landscape sheets (each 80 x 120 cm) and a CD containing JPEG or PDF files of these sheets. Submissions must consist of the student's submission for the Graduation Project. No additional work may be done to the Project except for re-formatting it onto the sheets. Sheets should be mounted on either foam board or 2-5 mm cardboard. No additional sheets will be accepted.

All submissions must be anonymous. Drawing boards shall not display the name of the entrant, the entrant's university, or any other identifying marks.

Since the students will not be present for the jury, it will be permitted - though not required - to add some narrative to the boards to explain significant aspects of the design.

All participants shall complete and sign a Submission Form and submit it along with the drawing boards. The Submission Form may be downloaded from http://www.csbe.org/assets/Uploads/award-2008/omraniacsbeawardform.pdf.

Submissions must be hand-delivered or couriered to CSBE to arrive between 27 - 31 July 2008 between 10:00 am - 4:00 pm. CSBE is located at 10 Husni Fareez Street (al-Muntazah Circle) Jabal al-Luweibdeh, Amman. A confirmation receipt will be given upon successful submission of the material.

The names of the participants will remain hidden from the jury members until after the jury has made its final decision.

The language used for the components of the competition entries may be either Arabic or English. The Submission Form must be completed in English.

Note: It is recommended that entrants make copies of their entries before the entries are submitted. CSBE reserves the right to keep the winning entries after the award results are announced.

CSBE fully reserves the right to disqualify participants, for example, if i) entrants do not meet the criteria for the eligibility for participation in the competition, ii) entrants communicate with the competition consulting committee or jurors concerning the judgment of competition entries, or iii) entries do not satisfy the above-mentioned requirements for submission.

An independent jury of three well-known architects, two from Jordan and one from outside Jordan, will review the entries and select the winners. The jury will be independent from the university graduation project juries. The biographies of the jury members are included below.

The jury will evaluate the submissions on their standalone merit. Clarity of presentation, purpose, creativity, design competence, etc. will be taken into account. While the different universities may have slightly different criteria for their projects, the jury will evaluate each submission on its own merit, without reference to external criteria.

The jury's decision will be final, and the jury has the right to withhold any of the award prizes.

For additional inquiries, please call CSBE at (962) 6 461 5297 or send an email to award@csbe.org.
Any changes that may be made regarding the Award will be posted on the Award section of the CSBE web site. The Award organizers have the right to make any changes without prior warning or notice. If you wish to be informed of any possible updates affecting the Award, please provide us with your email address.

Biographies of the Jury Members

The jury will consist of the following:

Sahel Al Hiyari, Principal, Sahel Al Hiyari and Partners, Amman.
Mr. Sahel Al Hiyari is the principal architect in the firm Sahel Al Hiyari and Partners in Amman. He holds bachelor's degrees in both architecture and the fine arts from the Rhode Island School of Design, and a master's of architecture in urban design from the Graduate School of Design at Harvard University. He also undertook post-graduate study at the School of Architecture at the University of Venice, where he taught from 1993 - 1995. In 2002, Mr. Al Hiyari was chosen as the first architect to participate in the Rolex Mentor and Protégé Arts Initiative, and he subsequently was chosen as a protégé of Álvaro Siza in Portugal. His architectural work has been published in a number of local and international architectural publications, and has been exhibited in Jordan, Lebanon, Italy, and the United States. He has lectured at the Jordan University of Science and Technology in Irbid and Columbia University in New York. Mr. Al Hiyari's current architectural projects include an awareness centre in Wadi Musa for water reuse and landscaping in arid climates, the urban development of Ayla Oasis in Aqaba, housing towers in Kuwait, and private residences in Yemen and Jordan. He served as an On-Site Project Reviewer for the 2002 - 2004 cycle of the Aga Khan Award for Architecture, and also served on the Award's 2007 Master Jury. Mr. Al Hiyari is also a painter, and exhibitions of his work have been mounted in Jordan, Lebanon, and Italy. 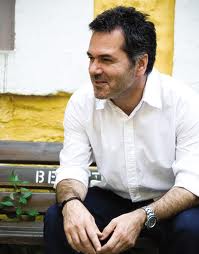 Han Tümertekin, Principal, Mimarlar Tasarim Danismanlik Ltd, Istanbul.
Mr. Han Tümertekin is a practicing architect based in Istanbul and principal of the firm Mimarlar Tasarim Danismanlik, which he established in 1986. Previously, he worked in Paris at the architectural studios of Ahmet Gulgonen and of Bernstein, Chempetier, Vidal. His built works include residential, commercial, and institutional projects primarily in Turkey, as well as in the Netherlands, Japan, Canada, the United Kingdom, and France. Mr. Tümertekin was trained in architecture at Istanbul Technical University and completed graduate studies in historic preservation at the University of Istanbul. He has taught architecture since 1992, and is presently a design critic at Harvard University's Graduate School of Design. He lectures at universities and cultural institutions throughout the world, most recently at the Technical University of Delft; at the 6th mAAN International Conference in Tokyo on "Our Modern - Re-appropriating Asia's Urban Heritage"; in Zagreb, at the International Symposium on Architecture "Dani Orisa"; and at Harvard. Mr. Tümertekin's works have been widely published in international architectural journals, including Domus, Abitare, and AV, and in the World Atlas of Contemporary Architecture. His projects were exhibited in the 2006 Venice Biennale. He was awarded Turkey's National Architecture Award in 1998 and 2000, and received the Tepe Centre Architectural Award in 2000. A monograph of his recent work was published by Harvard University Press in 2006. Mr. Tümertekin won a 2004 Aga Khan Award for Architecture for B2 House, a private residence he designed for two brothers in Canakkale, Turkey. He also served on the Award's 2007 Master Jury.

The participation of Han Tümertekin is made possible through the kind support of the Aga Khan Award for Architecture. 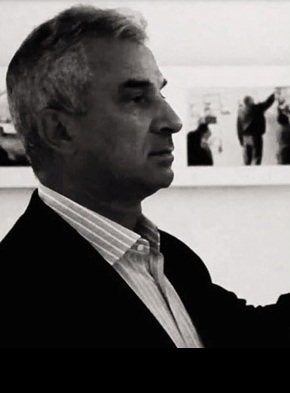 Farouk Yaghmour, Principal, Yaghmour Architecture Office, Amman.
Dr. Farouk Yaghmour is an architect and planner, and is the principal of Yaghmour Architecture Office (Amman, Bethlehem, Sharjah, and Dubai). He studied architecture at the Hoch Schule fur Architektur und Bauwesen in Weimar, and did his graduate work at the State University of New York at Buffalo, where he holds a master's degree in architecture and a Ph.D. in planning. He taught at the University of Jordan, Amman, and the State University of New York, and was the founding chairman of the Department of Architecture and Interior Design at Petra University, Amman. Dr. Yaghmour has practiced architecture in Jordan, Palestine, the United Arab Emirates, and the United States. He has been in charge of the urban and architectural development for a number of important historical sites including the Solomon Pools in Bethlehem, the Palestinian village of Beit Sahur, and the Baptism Site along the Jordan River in Jordan. He also was involved in efforts aimed at preserving the historical Palestinian city of Hebron. Dr. Yaghmour is the author of several publications addressing the subjects of architecture and environmental and urban planning. He also has served on a number of public advisory committees in Jordan that have been involved in advising and following up on large-scale development projects in the country.