Introduction
After having had a successful launch in 2008, Omrania and Associates (O&A) and the Center for the Study of the Built Environment (CSBE) have expanded the Student Award for Excellence in Architectural Design beyond the boundaries of Jordan by widening eligibility to include students from all Arab countries. The award, which is given to the most outstanding submitted architectural graduation projects, aims at recognizing quality in the teaching of architecture in the Arab world, and at encouraging students in Arab architectural schools to excel in their design performance.

The monetary value of the award's prizes also have been increased and will consist of the following:

Eligibility
Eligibility for the award will be restricted to final-year students for a Bachelor's Degree in Architecture or Architectural Engineering at universities located in countries belonging to the Arab League. Applicants should have successfully completed and defended their final-year architectural design graduation project before the award's submission deadline.

Submission
Submissions must consist of the student's submission for the final year Graduation Project. No additional work may be done to the Project except for re-formatting it onto the sheets, as detailed below.Submissions must consist of only 2 landscape sheets (each 80 x 120 cm) and a CD containing high resolution JPEG or PDF files of these sheets. No additional sheets will be accepted.Sheets should be mounted on either foam board or 2-5 mm cardboard.

During the jury and exhibition, boards will be mounted as in the diagram below.

All submissions must be anonymous. Drawing boards shall not display the name of the entrant, the entrant's university, or any other identifying marks.

Since the entrants will not be present for the jury, it is permitted - though not required - to add some narrative onto the boards to explain significant aspects of the design.All participants shall complete and sign a Submission Form and submit it along with the drawing boards.
The Submission Form may be downloaded from http://new.csbe.org/assets/Uploads/award-2009/omrania-csbe2009awardsubmissionform.pdf.

All submissions must be hand-delivered, or couriered or mailed to CSBE to arrive between 10:00 am-4:00 pm during working days between August 1-31, 2009. Please note that CSBE offices are open until 2:00 pm in Ramadan. CSBE offices are closed on Fridays and Saturdays. CSBE contact information is as follows:Street address: 10 Husni Fareez Street (al-Muntazah Circle) Jabal al-Luweibdeh, Amman, Jordan
Mailing address: P.O. Box 830751 Amman 11183 Jordan
Telephone: (962) (6) 461-5297

CSBE will send you a confirmation email upon successful receipt of your submission material.
Note: It is recommended that entrants make copies of their entries before the entries are submitted. Entries will not be returned.
The names of the participants, as well as any other identifying details, will remain hidden from the jury members until after the jury has made its final decision.The language used for the components of the competition entries may be either Arabic or English. The Submission Form can be completed in either Arabic or English.

Disqualification
CSBE fully reserves the right to disqualify participants for any reason it sees fit. For example, if: i) entrants do not meet the eligibility criteria for participation in the competition; ii) entrants communicate with the competition organizers or jurors concerning the judgment of competition entries; iii) entries do not satisfy any of the above-mentioned requirements for submission.

Evaluation
A jury committee will review the entries and select the winners. The jury will be independent of any university affiliation. The biographies of the jury members are included below.

The jury will evaluate the submissions on their stand-alone merit. Clarity of presentation, purpose, creativity, design competence, etc. will be taken into account. While the different universities may have slightly different criteria for their projects, the jury will evaluate each submission on its own merit, without reference to external criteria.The jury's decision will be final, and the jury has the right to withhold any of the award prizes.

Inquiries and Updates
For additional inquiries, please call CSBE at (962) (6) 461-5297 or send an email toaward@csbe.org. Any changes that may be made regarding the Award will be posted on the Award section of the CSBE web site and on the Award's Facebook page. If you wish to be informed of any possible updates on the Award, please provide us with your email address.

Mr. Derakhshani was trained as an architect and planner at the National University of Iran. He later continued his studies at the School of Architecture in Paris (UP1).
Mr. Derakhshani was not able to participate in the jury because of an unexpected last-minute scheduling conflict.

Saleh Al-Hathloul, Chairman of the Board and CEO, S. Alhathloul Development Co., Riyadh, Saudi Arabia.Saleh Al-Hathloul is a Saudi Arabian educator and a critic in the field of architecture and urban planning with interests in the epistemology of knowledge, the general issues of structural changes in society, and futurist studies. He obtained his master's degree in Urban Design (MAUD) from Harvard University in 1975 and his Ph.D. in Architecture and Environmental Studies from the Massachusetts Institute of Technology in 1981. He was chairman of the Department of Architecture at King Saud University in Riyadh between 1981-1984, chairman of the board of Al-UMRAN (Saudi Society for Architects and Planners) since its inception in 1989 until 1993, and a member of the boards of directors of several governmental organizations, including Arriyadh Development Authority, the Makkah Development Authority, the Hail Development Authority, and the Royal Commission for Al-Jubail and Yanbu.

He was the Deputy Minister for Town Planning at the Ministry of Municipal and Rural Affairs, Saudi Arabia, between 1984-2004, with the responsibilities of directing and supervising the entire spatial planning process at the national, regional, and local levels.

Dr. Al-Hathloul was a jury member for the Organization of Arab Cities' Award, a member of the 1998 Award Master Jury of the Aga Khan Award for Architecture, and a visiting professor at the Ecole National d'Urbanisme, University du 7 November, Carthage, Tunis, between 1998-2002. He is the author of several books and more than 50 articles in the field of planning and architecture, including The Arab Muslim City: Tradition, Continuity and Change in the Physical Environment (Dar Al Sahan, 1996).

He currently is Chairman of the Board and CEO of the Riyadh-based S. Alhathloul Development Co., which manages development and investment in real estate. He also is an Adjunct Professor at the School of Architecture and Planning at King Saud University in Riyadh and an Advisor to Arriyadh Development Authority. 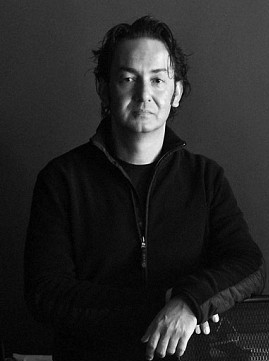 Khalid Nahhas, Senior Architect and Founding Associate Director, Symbiosis Designs, Amman, Jordan.Khalid Nahhas is a senior architect and founding associate director of Symbiosis Designs. He received a bachelor's degree in Geographic and Economic Planning from the University of Victoria in 1985, and a second bachelor's degree in Architecture from the University of British Columbia in 1989, producing in the final year a thesis entitled Phenomenology and The Use of Polarities in Architecture. He has been practicing architecture since 1989, beginning his professional career in Vancouver, at Spaceworks Architects. In 1991, he co-founded Symbiosis Designs. He moved his practice to Amman in 1997 and has been practicing there since then. His work includes several educational, health and hospitality, commercial, and residential buildings, as well as interior design projects. He was a member of the Design Committee of the Jordanian Pavilion in the Expo 2005, Aichi, Japan. He is a member of the Board of Trustees of the National Children Museum, and the Chairman of its Board of Directors. Also He is on the Board of Directors of the Red Sea Institute of Cinematic Arts and the Jordan River Foundation. He was appointed member of the Amman Commission at the Greater Amman Municipality and served for three years advising on the new urban master plan. In addition, Nahhas, under his philosophy of "Total Architecture," founded two successful businesses, constructing the vision, branding, architecture, and operations for the Blue Fig restaurant and the Vy fitness club and restaurant. In 2002, he received the first Dubai-based Cityscape Young Architect Award.